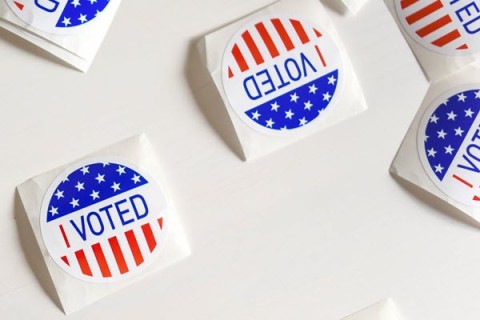 It started with a letter to the FEC, then took us on a whirlwind of emotion through the landscape of political email, and has landed us back to where we began. And where was that? With best practices.

In June, Axios posted an article detailing Gmail’s move to allow political spam into the inbox. The article was bumped up against a reference to proposed legislation in the Senate titled “Political Bias in Algorithm Sorting (BIAS) Emails Act of 2022,” which wanted to prohibit filtering of political mail and would require mailbox providers to release reports on how that mail was treated. Thus tying Gmail’s letter to the FEC requesting approval to run the pilot as a counter to the legislation.

When the FEC approved the pilot, there was even concern about where this was heading and Gmail’s intent. But the letter to the FEC was to ensure they (Gmail) were able to make system changes, as Microsoft once did, that would not effectively be seen as a contribution to a political campaign.

Needless to say, how this all came out (in pieces with one viewpoint AND in a hot political climate) wasn’t painting a positive picture of Gmail. It came off like Gmail was going to be the ‘Bad Sheriff’ in the Wild West of Email (this is a great read, by the way). However, there were some that were reticent to determine the benefits or downfalls of the program and Gmail’s intent (yet another great read).

And now that Gmail has published the application form and guidelines for the program, two things are clear:

Let’s dig in a little deeper on each of these.

The Pilot Doesn’t Change the Field for Anyone

I wrote about this over on Spam Resource and I got more in the weeds around what Gmail is requesting. But you can also read the eligibility requirements if you want to see it all laid out. However, let me highlight a couple reasons this pilot program is just another stroll in the park.

The requirements are best practices!

And that’s it. That sums it up. There are a few more details, but essentially if you… 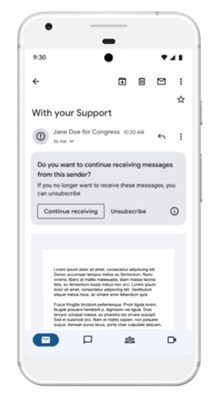 …then you are golden! All of these things we have been recommending and continue to recommend to this day to senders as best common practices.

There are a few additional pieces to make sure those qualified political senders stay enrolled and they are:

All of the best practices have been accessible to senders for years. Whether they are easy to implement or not, or if they go against the sender’s goals, is another story.

It wasn’t until I went back and reread the proposed legislation that I realized how much this program not only hits the nail on the head about what it takes to send mail, but also how much it becomes a stinging zinger of a response.

Why? Because it’s fitting that what Gmail ended up laying out not only fits the legislation, but also delicately screams, “Send. Better.” So apropos since the sending behavior for political mailers is most often antithetical to this.

I won’t detail every section, but below I will highlight a couple sections. Most of them are where the legislation is trying to ‘rein in’ Gmail. So Gmail agrees and rolls it into the program, but, and here’s the best part, it still ends up being better for Gmail.

Descriptive summary of how the mail was filtered: Not done.

I would venture that trying to peel apart the AI is not only extremely difficult, but also not information that you would want to be accessed by spammers and bad actors. Once they have the keys to that kingdom, it would be difficult to prevent further abuse.

(F) A descriptive summary as to why an email from the political campaign requesting the information did not reach the intended re- cipient’s primary inbox.

Gmail’s program will do this using their Google Postmaster Tools site.

(3) PUBLICATION AND FORMAT.—The operator of an email service shall publish each quarterly report required under this subsection with an open license, in a machine-readable and open format, and in a location that is easily accessible to consumers.

Detailed results on placement for a campaign: DONE!

Although the legislation also asks to have this broken out by political parties and accessible, there is likely a good reason that Gmail focused instead on providing the results on a per campaign basis via the Google Postmaster Tools site only. My initial thought is that tracking party data by user may be an overreach with data concerns.

Screenshot of Gmail’s report below and bolded the sections where it fits the BIAS Act requirements. Note that because Gmail provides a base count and a percentage, it’s reasonable to assume that they are also providing the counts (you just need to do a little multiplication) so I am considering that as fitting the request. I am also not distinguishing between inbox and primary inbox as Gmail truly sees these as one in the same especially if a user does not use labels or uses another (mail user agent) MUA to read the mail. 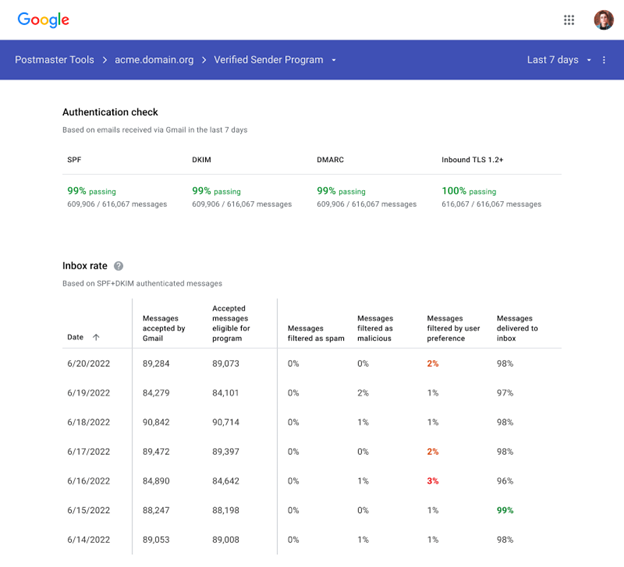 (2) CONTENT OF THE DISCLOSURE.—The information described in this paragraph is the following:

(A) The number of instances during the previous quarter when emails from the political campaign requesting the information were flagged as spam.

(B) The percentage of emails sent from the political campaign requesting the information that were flagged as spam during the previous quarter.

(C) The number of instances during the previous calendar quarter when emails from the political campaign requesting the information were flagged as spam by a filtering algorithm.

(D) The total number of emails sent from the political campaign requesting the information that reached the intended recipient’s primary inbox.

(E) The percentage of emails sent from the political campaign requesting the information that reached the intended recipient’s primary inbox.

This one is my absolute favorite because best practices ARE the requirements to be eligible for the program!

Gmail has created a pathway to the inbox for political senders. The kicker is, it was always there, just known by another name—Best Practices. And although there are still a few outstanding questions, this was a fantastic response to ensure the email ecosystem and inboxes maintain their high standards and the education about best practices is shared. 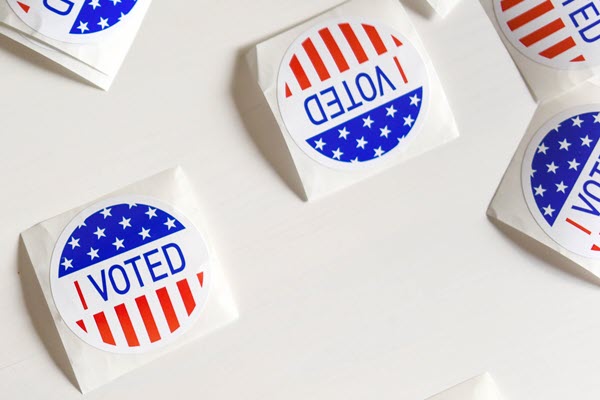 Photo by Element5 Digital on Unsplash

Jennifer is an email geek through & through. She has been a champion of email best practices, fighting abuse & helping good senders navigate the often choppy waters of email for 17+ years.

Before coming to Kickbox, she ran the deliverability team at Zeta where she managed client setups, authentication, remediation, & deliverability strategy.

Now she's running deliverability consulting at Kickbox and is co-chair of the Technical committee at M3AAWG.