What does the introduction of Amazon ESP mean to email marketing? 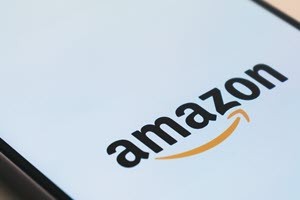 You may have seen the recent announcement by Amazon that they are going to let their brands and sellers send out marketing emails. It’s generated a lot of chatter, with some expressing concerns that the move could result in a new wave of spam hitting inboxes.

How could this impact email's reputation with consumers? Are customers going to suddenly see an influx of emails from sellers they purchased from once, a year ago, on Amazon?

Amazon does, of course, have a reputation for innovating. And they’re usually pretty successful at it. From a tiny bookseller operating out of a garage to a multi-national behemoth that dominates the ecommerce world, Amazon has never been afraid to try new things and it knows how to transform itself successfully. Chances are that they will pull off this move with their usual aplomb, and in six months time we will all be wondering what we were worried about.

From Amazon’s point of view, opening up email marketing to their vendors could help merchants and customers to develop better relationships without having to leave Amazon’s platform to do so. It could also help get Amazon out of hot water with antitrust investigators, who have been raising concerns that Amazon holds too much power over merchants, and that it controls merchant/customer communications too closely.

To quell spam concerns, Amazon says that customers can unsubscribe to marketing emails, and that its “Tailored Audiences” tool will help to keep communications relevant - but how true this is remains to be seen.

There are a lot of deliverability aspects that Amazon will need to work through before merchants can start sending marketing emails. But my main questions about this move concern the impact on the consumer, and the potential impact on email marketing’s reputation.

You have probably, at some point, been asked by family or friends “What do you do for a living?” You probably answered with something along the lines of “I’m an email marketer…” And I’d be willing to bet that, at least once, you’ve got a shocked look and “Oh! You’re the one who sends those spam emails?!” in response.

It doesn’t feel fair when people associate email marketing with spam, does it? And yet it remains a persistent stereotype. Could Amazon’s new gambit reinforce this stereotype rather than helping email marketing to gain its rightful reputation as a useful and valued channel?

I personally feel that email marketing has been working towards getting recognition for its actual strategic value, rather than being dismissed as the ‘batch and blast’ marketing channel. So I am concerned that, if Amazon do not handle this move very carefully, all that hard work could be undone. And, given the immense scale of Amazon, could be undone very quickly.

The other big aspect to consider are the language, cultural, and geographical differences that divide merchants and customers. Currently, merchants from all over the world use Amazon to ship internationally and it works because Amazon itself handles the emailing. Amazon can communicate with customers according to their own linguistic and cultural preferences, but merchants may not be able to.

Can a small seller in China, for example, relate accurately to a customer in the USA? Will they have the resources to translate email content? Or to render designs according to the Amazon system’s functionality?

Will we see emails being received at ‘unsociable hours’ thanks to time differences? Or will Amazon enable merchants to optimise send times?

This debate reminds me of an email event a couple of years ago. A Gmail representative mentioned a desire for the inbox to dictate when emails are displayed based on recipient behaviour. So, for example, emails would show up at the time when the recipient is most likely to open and read them.

This would mean that, no matter when a company sent an email, it would arrive at a time dictated by the Gmail user’s own behaviour. For example, if a new parent was more likely to read brand emails in the evening, then brand emails would hit their inbox at that time, even if they had been sent hours or days earlier.

Effectively, this would make the inbox operate in much the same way to a Google search engine. Email deliverability and ‘ranking’ in the inbox would be determined by Google based on factors like relevance rather than based on send times.

This feature hasn’t gone live yet. It’s unclear whether it ever will. But it is an interesting concept and, if something like this were brought into Amazon’s system, it could soften the volume of emails that consumers receive from merchants. Potentially, it could also help to keep communications relevant, and filter out much of the spam.

So, what about the legal implications of Amazon’s new move? How can Amazon effectively hand out consumer email addresses to brands without violating legislation like the GDPR EU, GDPR UK and Can-Spam? Have we, as Amazon consumers, unwittingly provided permission for email marketing by clicking ‘agree’ to some labyrinthine T&Cs somewhere at some point? And, if not, how do Amazon plan to get around this issue?

Even if Amazon can pull this off in a legal, above-board manner, are consumers really going to welcome their email addresses being used in this way? Because if they don’t, the backlash will bring a huge wave of complaints to retailers, merchants, and even regulators.

I’ve asked a lot of questions in this blog. I wish I could provide more answers. But I think it is important to consider these questions. When something as big as Amazon makes a move like this, the implications for the email marketing landscape could be huge.

I hope that Amazon pulls this off smoothly and that the move is a net win for email marketing. But one thing is for sure: for better or worse, this will have an impact. 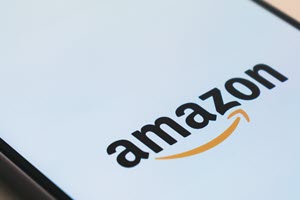 Photo by Christian Wiediger on Unsplash 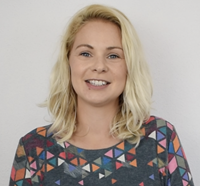 Jenna Tiffany is Founder & Strategy Director at Let'sTalk Strategy providing strategic consultancy services across the digital marketing mix. Jenna is a Chartered Marketer and elected Fellow of the IDM with over ten years’ marketing experience across both B2B and B2C. Jenna has consulted with brands such as Shell, Hilton and World Duty Free to name a few on digital and email marketing strategy.

As a recognised expert, Jenna is an elected member of the prestigious DMA UK Email Marketing Council, the Chair of the Email Best Practice hub shaping the industry’s best practice and involved in developing the latest research. Jenna is also a marketing tutor teaching CIM courses as well as a competent public speaker and publisher, speaking regularly at hundreds of marketing events across Europe. Jenna regularly gets interviewed for her thoughts on the latest trends in email marketing and recently authored Smart Insights guide to creating a successful welcome email journey