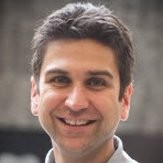 "In today’s post, I outline how the landscape has shifted in the world of video in email, and why more marketers are embracing this tactic now than ever before. "

For nearly fifteen years, technologists have tried to solve the problem of how to integrate video and other forms of rich media into email.  The idea was that people wanted to have richer, fuller Internet experiences right in the inbox, without the need to click through an email message to the web.   Unfortunately, many of the early efforts ultimately proved fruitless or unpopular. Today, the web is littered with startups that claimed to offer a solution enabling video in email.

Integrating video in email has always been a bit of a tricky problem to solve, but not just for technical reasons.  Plenty of people in the industry still question the underlying premise of integrating video in email at all.  Does video in email annoy subscribers?  Does it defeat the purpose of getting people to click through the email?  Is it worth the effort, given potential deliverability and rendering implications, especially since simply including an image in an email linked to a video on a landing page is the de facto industry best practice?  When it comes to these questions, nearly everyone has an opinion.  So, as someone that spends his days living and breathing in the world of video in email, I thought I’d share my thoughts in a three-part series on the topic.

In today’s post, I outline how the landscape has shifted in the world of video in email, and why more marketers are embracing this tactic now than ever before.  In the second post, I will outline how many of the points conventionally used to argue against video in email no longer hold as much water as they used to.  Finally, I’ll wrap by sharing why I think video in email is here to stay and what you can do to maximize the opportunity.

Over the last two years, a growing push to advance the nascent HTML5 standard has forever altered the landscape of video in email.  Unlike earlier efforts to advance video in email using proprietary technologies, HTML5 is an open standard.  It’s built into all of the modern web browsers and most of the modern mobile devices, including Apple iOS devices and the latest Android operating systems.  Adobe has announced plans to stop building Flash for mobile devices.  In short, HTML5 is here and it’s here to stay.

The momentum of HTML5 video in the wider industry has huge implications for email marketers.  Unlike Flash, HTML5 is supported natively in the browser, eliminating the security risks of third-party plugins that hindered earlier efforts like RadicalMail from taking off and prompted mail clients to disable Flash support in the early 2000’s.  In the new mobile paradigm the world is now entering, people increasingly read email their smartphones, one of the most fertile environments for HTML5 video.  Today, the following mail clients are capable of displaying video right in the body of the email:

When considering the popularity of mobile devices, the above mail clients consistently show that close to fifty percent of all email messages read today support HTML5 video.  For example, this campaign sent recently by Disney generated 49.5% of all video in email views through the HTML5 format:

In another recent example, this campaign sent by Saks Fifth Avenue generated 67.5% of all in-email video views from HTML5.  So much for email not supporting video.

Tap once, not twice.

As we progress deeper into the mobile era, marketers are also looking to make it easy for mail recipients to consume content on their devices.  It comes as a surprise to many marketers that the old belief that it is easier for people to consume video when it’s on a landing page doesn’t apply in many mobile situations.  For example, iPhone users that receive an email containing a static image linked to a landing page containing a video are forced to tap on the image in the email, wait for the clickthrough redirect, open a new browser or browser page, then tap again on the video to get it to play.  In the reverse situation, where the video is in the email, only a single tap is required to initiate playback.

Brand marketers use video in email to drive reach

Brand marketers understand how to use television to bombard an audience with video messaging to build demand for a product, promote the brand, or drive an offline purchase.  It’s of little surprise therefore that this class of sender is more willing to use video in email as a mechanism of increasing the reach of video advertising.

For example, when Sky sought to extend the reach of its video advertising for the TV mini-series “Game of Thrones,” it used video in email to generate an incremental 1 million+ views of its TV trailer.  Discovery Channel also used the technique to promote its hit TV mini series, “Life.”  Such tactics are used because they reduce the friction between the recipient and the video view while generating the same sense of excitement as a video would generate on a landing page.

Animated .GIF and Animated .PNG videos extend the reach of video in email.

While I’ve pointed out that it’s no longer unusual for close to fifty percent of email recipients to have the ability to play video in email, that’s only looking at those recipients capable of playing the full video in the mail client (at full framerate, with player controls and audio playback), using the HTML5 format.  In fact, the reach of video in email is much greater, in some cases in excess of 90% of a sender’s list, when also taking into account the animated .GIF and animated .PNG formats.

Like HTML5, these formats are open standards and therefore not subject to filtering by mail clients or Internet Service Providers. While many in the email community scoff at the use of these formats due to perceived lack of quality and inability to support sound, the reality is that the quality can be surprisingly good as a backstop to full video.  Plus, this format can drive clicks higher when benchmarked against static images.  For example, HP used some best practices with this animated .GIF video (watch this video 1:05 in) to ensure it was able to communicate its message about a new laptop for sale.  In the example, HP used text in the animated .GIF and included a call-to-action on the animated .GIF to drive clickthrough.

Other senders, such as Holland America, decided to A/B test an animated .GIF video in email versus a static image and observed a 100% higher clickthrough rate on the video segment.  In my experience, such increases in CTR using animated .GIFs vs. static images are uncommon, but increases of 5% to 15% are not unusual.  Unfortunately, those senders that are using CTR as a proxy to measure A/B splits for video in email should think twice: that’s because while it’s possible to measure the clicks on an animated .GIF video, it’s not currently possible to do this on the full HTML5 video.  Therefore, if you’re trying to drive an online action, it is a better idea to use post-click metrics to measure success.

Including video in email is easier than it’s ever been.

Today, it’s possible to use coding techniques such as the one shown in the HP example video to enable video in email.  Such solutions can ensure that even if video is not supported by the mail client, that an acceptable failover is possible to implement in most cases.  I’ll dive more into the tactics of how to implement video in email in the third post in this series.  For now, I’ll leave you with my closing thoughts:

Until next time, Happy Selling!