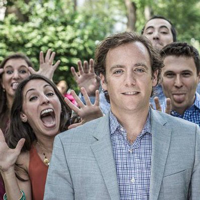 "Advertisements are like wrinkles: every day they appear in places you don’t want to see them, and once they are there they never go away (on their own). So to contemplate the death of any advertising medium is a fool’s errand. I have been called worse."

Advertisements are like wrinkles:  every day they appear in places you don’t want to see them, and once they are there they never go away (on their own). So to contemplate the death of any advertising medium is a fool’s errand. I have been called worse.

With the recent announcement that list rental firm MarketFish had closed its doors, all hope for continued investment in the channel may be gone. MarketFish promised to deliver transparency, efficiency, and compliance to a channel infamous for opaqueness and inefficiency. The company was VC funded and professionally managed, and yet it failed to deliver on its promise. It is hard to imagine VCs forking over millions to disrupt the email list rental market anytime in the future.

As a former list broker, manager, publisher, and advertiser, I was excited about MarketFish’s potential for change. At the same time, I was not optimistic. The dark art of renting postal lists goes back at least fifty years. Catalogers exchanged their customer lists with one another to grow their subscriber base. A home furnishings retailer might exchange customer lists with a fashion retailer, as long as they had similar audiences. Rules were created to govern these exchanges, and for the most part things worked well. As the practice grew, finding relevant partners to trade with proved to be increasingly difficult, so middle-men appeared, offering to assist in locating partners. Eventually, rather than exchanging lists, marketers simply started paying to rent a third party list.

When email became mainstream in the late 90s, the practice of renting lists jumped from direct mail and phone to email. Innovation in email list rental was slower than other online marketing channels. That is not to say that new ideas weren’t tested; entrepreneurs attempted dynamic targeting, algorithmic scoring, various levels of permission, multivariate testing, and so on. However new laws including CAN-SPAM, new concerns over data security and permission, and the reality of declining performance related to ISPs filtering unsolicited email out of the inbox inhibited the growth of the email list rental channel.

The final death spiral for email list rental began after the dot-com bust of 2001. As demand for online advertising softened, direct marketers took advantage of the tremendous supply of inventory to plaster people’s inboxes with ads for work-at-home, Viagra, the X10 camera, and Nigerian hucksters. Naturally, people started complaining to their email providers:  the ISPs.  In response, Gmail, Yahoo!, AOL, Hotmail, and others began utilizing content-based filters to block unwanted ads from appearing in the Inbox. Eventually the ISPs began to analyze sender data, and complex filters were created based on the reputation of a particular sender. Sender Reputation could be defined simply as the positive response, versus the negative response to email received from a sender. Not surprisingly, consumers didn’t want email advertising and so the ISPs started filtering these email advertisements out of the inbox and into the Junk folder. Performance declined considerably, and even the savviest direct marketers couldn’t generate sustainable ROI in email list rental.

The unrealized potential of MarketFish and other previous innovators may represent the end of investment in email list rental. While it’s no secret that email list rental is a taboo subject in the email marketing industry, there is little doubt the practice of renting and trading customer email lists will continue. It will do so without transparency and efficiency, and mostly behind the curtain. That is bad news for everyone.

Please share your thoughts on this topic in the comments section below.