Jeanne Jennings: How 5 Simple Ideas Created a Campaign that Generated $0.75 in Revenue per Email Sent 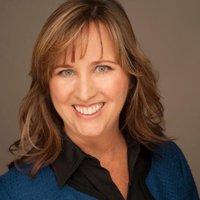 Some of the most effective email marketing campaigns are actually based on very simple ideas. Here’s a campaign that took very little effort but generated nearly $0.75 per email – along with the 5 simple ideas behind the program.

One of my current clients is a membership organization, so a big part of their marketing is focused around acquiring new members and getting existing members to renew. I’ve done a lot of work with organizations whose survival is based on selling membership and subscriptions, and one thing I’ve always had luck with is running campaigns anchored to value-based events.

What do I mean by value-based events? Events when the value of the membership or subscription is top of mind.

I noticed that this organization was hosting an event on Brexit, the United Kingdom’s planned exit from the European Union. It was a free webinar, open to members and non-members alike. Registrations for this event were coming in at a furious pace; it was obviously an issue their target audience was interested in. And it was an issue that was evolving, so there would be a need to continue to keep up with it. This was the perfect opportunity to generate some quick acquisition and renewal revenue.

We decided to do an email campaign as a follow-up to the webinar. We wanted to reach out to everyone that registered for the webinar, but tailor the message based on two key attributes:

1 – Whether or not they actually attended the webinar

2 – Whether or not they were members

Here is the plan we hatched:

Simple Idea #2: Do a Variation on a Blanket Renewal to Leverage the Time Value of Money

If you are an organization that depends on memberships or subscriptions for your livelihood, you should be doing blanket renewals at least twice a year. If you can tie them to value-based events, as we did here, they will be even more powerful. Unlike traditional renewal series messages, blanket renewals do not reference the member or subscriber’s actual renewal date. They do feature a special offer, something of value given in exchange for the early renewal.

While the email was a follow-up to the webinar and would reference benefits presented at the event, much of the email was focused on the join/renew message. We decided to write the copy in a modular fashion, so that everything but the Brexit-specific information could be approved and put into the HTML template, which we also designed and coded prior to the event.

The copywriter attended the Brexit webinar and drafted the Brexit-specific section of the email immediately following the event. The copy was sent through the approval process and, once it was signed off on, pulled into the template. As a result, the Brexit email campaign went out less than 48 hours after the webinar, allowing us to maintain the momentum and ‘good feelings’ generated from the event.

Simple Idea #4: Include Testimonials to Show the Value of Your Organization

Testimonials are very powerful, especially when it comes to membership and subscription-based marketing. Having a third-party, a peer to the people you’re speaking to, vouch for the value your organization provides means a lot. It can often be the deciding factor for people who are ‘on the fence.’

We included testimonials in each of the efforts; we used dynamic content to target them based on membership type, to get that ‘peer-to-peer’ communication that can make the difference.

As outlined above, the campaign was sent to everyone who had registered for the webinar, regardless of whether or not they actually attended (this gave us a larger send quantity). Overall metrics for the program were:

While the above numbers weren’t as high as we had hoped they’d be, the metrics that really matter, those around conversion, did not disappoint:

While these types of targeted campaigns don’t typically go to a large group (the total send quantity here was under 20,000), they can generate a nice chuck of revenue for a small amount of effort. Based on the success here the client intends to replicate this campaign, using the same templates and process, at least 4 times a year after value-based events.

If you are an organization that relies on membership or subscription revenue, these 5 simple ideas could lead to some nice revenue generation with little effort. Try this approach with your audience and let me know how it goes!