4 Tales from the Request-for-Proposal (RFP) Crypt

I haven’t written recently about the Request-for-Proposal (RFP) process, but given that Halloween is right around the corner, this seemed like as good a time as any to revisit the RFP Crypt and share some examples of RFP horror!  Before sharing some of the scariest RFP stories around, I think we can all agree that the object in any vendor selection process is to have a “well-managed RFP” But the words “well-managed RFP” are loaded ones, because companies that choose to go it alone with their email RFP, face a staggering array of issues that can lead to terrifying outcomes.

Back in the day (we’re going back many, many years ago) choosing an email marketing platform was relatively simple—the vendor that had the best team and the best price was the right choice. Because your business didn’t depend on the performance of your email campaigns to the degree it does today, making the wrong choice didn’t have the same consequences. Today, your email platform—in many cases more accurately described as your multichannel platform—sits at the center of your marketing technology infrastructure and is tied into a number of your core systems including ecommerce, content management, predictive modeling, channel mix optimization, etc. The wrong decision will not only impact your bottom-line revenue from email marketing, it will also degrade the performance of every other piece of marketing technology you operate. Simply put, these are no longer the typed of commoditized systems that RFPs are typically designed to sort out.

Given the complexity to today’s RFPs, it’s no wonder that many enterprises work with outside consultants in the RFP process. The stakes are just too high. But there are still companies that go it alone in the RFP process, which all too often means entering a situation with little or no understanding of the possible consequences. Otherwise known as whistling past the graveyard. What could possibly go wrong?  Read on for some horrifying examples of RFP nightmares (names changed to protect the innocent).

Weyland-Yutani Corporation is a retailer with a mix of brands. Think very high volumes. The email team was well aware of the importance in making the right selection of a new ESP as so much revenue was being driven through the channel. Their nightmare began when a VP in the organization decided that no harm to the email program could come from making a bad choice and pushed for a process where the outcome was pre-determined.

It was bad enough that the email team wouldn’t be able to conduct a true evaluation of its options (like our scorecard-driven process), but things went from bad to worse when they realized that the ESP that was the darling of the VP was one that shouldn’t have even been included in the RFP to begin with—it was not capable of handling the scale of the business! Of course, that didn’t stop it from “winning” the RFP, and now Weyland-Yutani’s email team can look forward to years of painful email marketing…

2. A Nightmare on Email Street

Cyberdyne Systems was deep into its RFP process and was reviewing the pricing proposals of the various vendors competing for the business. If there is one thing you can be sure of, it’s that you will get as many different types of pricing proposals as there are ESPS in your RFP—they never look alike (which is why we created our common pricing template). At first glance it looked as if Vendor A’s CPM was 50% less than Vendor B’s. As a result, Vendor B was dropped from consideration.

But not so fast…. When Cyberdyne looked more closely at the total costs built into Vendor A’s spreadsheet, they realized to their horror that Vendor B was actually the less expensive alternative! But Vendor B was now gone and didn’t want to get involved again only as a pricing foil. Making matters worse, Cyberdyne’s contract with its current ESP was about to expire.  No matter which way it went, Cyberdyne Systems was going to pay more, not less.


The remaining team at InGen suddenly found themselves 6 months into the RFP process with a pile of proposals from the various ESP vendors and no idea what do next. They had neither the tools nor the aptitude to discern the qualitative differences between the various ESPs. They were literally lost in the process with no way to move forward towards a decision. And no way back!

The Umbrella Corporation jumped into its RFP with high hopes of finishing the process as quickly as possible. The contract with its existing ESP expired in six months, so the team figured they had plenty of time to select a new vendor. But the team neglected to lay out a road map for the process—including the criteria for selecting the winner at the end of the process.

So they ended up lurching from RFI to RFP to endless meetings with vendors.  But they were getting no closer to being able to come to a decision. Before they knew it six months had gone by, a lot of effort had been put into the process, and yet they were no closer to a decision than when they had started. They had no choice but to sign again with their existing partner—leaving in their wake a lot of disgruntled RFP participants who won’t be so quick to get involved in a future RFP with the Umbrella Corporation.

These are just some of the RFP horror stories I’ve watched unfold. How many of you have experienced something similar to one of these stories? I’m guessing many of you have been there before. As you can see, every RFP doesn’t have a happy ending.  Working with an outside consultant doesn’t ensure your RFP won’t hit some snags along the way, but the likelihood of avoiding things that go bump in the night are much better when you do. Your email program is too important to take chances. As we like to say, winning starts with the right platform.  It also starts with the right process.

Happy Halloween!  And remember, RFPs are not for the faint-hearted! 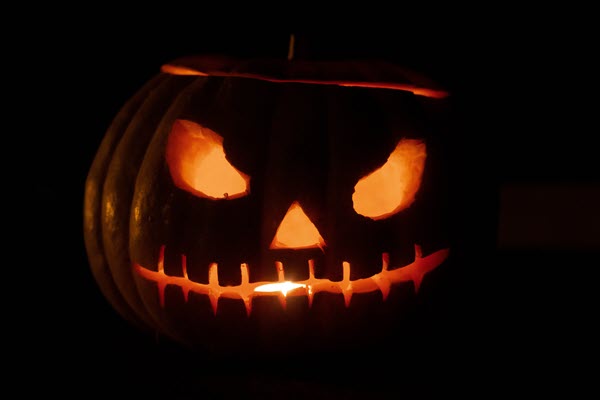 Photo by Eleni Petrounakou on Unsplash

More posts from author
Wednesday, 03 August 2022 ESPs and CDPs Have Collided. Get Ready for ESCDPs!
Wednesday, 04 May 2022 Should You Build Your Own ESP?
Friday, 11 February 2022 2022 State of the ESP RFP Survey Results and Conclusions
Thursday, 18 November 2021 4 Trends Shaping the ESP Vendor Landscape for 2022
Tuesday, 17 August 2021 Email Marketing’s Next Secret Weapon:  Loyalty Programs