Why CASL is Bad Law 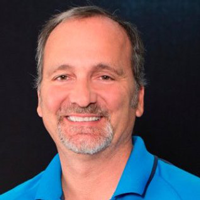 "While CASL seems well intended (What? You like spam so much that you won’t try to stop it? You must be a spammer!!!!) it’s a lousy piece of legislation. It’s akin to trying to kill a fly with a hammer. CASL is bad legislation for three simple reasons –"

Why CASL is bad law. CASL – Canada’s new “tough guy” anti-spam regulations, have taken effect. While the world hasn’t ended, the hue and cry from legitimate email marketers has been deafening. Not surprisingly, we haven’t heard a peep from the spam community. Mostly because they needed a few minutes to move their servers to Russia.

While CASL seems well intended (What? You like spam so much that you won’t try to stop it? You must be a spammer!!!!) it’s a lousy piece of legislation. It’s akin to trying to kill a fly with a hammer. CASL is bad legislation for three simple reasons –

(1) CASL does not define spam – Go ahead and look up CASL. Then show me where the word “spam” is defined. Go ahead, I’ll wait…what’s that? You can’t find it? Is this Canada’s answer to the Jacobellis vs. Ohio Obscenity case: “…But I know it when I see it”.

It’s odd that legislation with punishment exists that does not define the crime. Laws just seem to work better when the crime is actually defined. Works well for murder, larceny and environmental regulations…but not for a law where the penalties can run into the millions of dollars? How can you pass a penalty-heavy law does not actually define the crime?

When you point this fact out to fan-boys of the legislations (mostly lawyers and nerdy deliverability “tough” guys) they suddenly try to shift the sands and say things like “it’s not actually about spam, it’s about consumer protection.” CASL = Canadian Anti-Spam Legislation – not a peep about anything else. Which is yet another indication that your law has missed a key detail in failing to define the violation.

Not only does CASL not define spam, it does not define what constitutes compliance. What IS “express consent” for existing users? A phone call? A conversation? Do you have to go back and repermission all users? Education marketers in Canada are grappling with the fact that they now need to get express consent from students to send them email…even though they’re students. So CASL provides a legal double whammy my NOT defining either violation OR compliance.

But here’s the real kicker…in case you haven’t noticed, spammers don’t ask for permission. Never have and never will. So you’re legislating to eliminate something that your intended target (ahem…spammers) don’t even care about.

More work for the lawyers!

(2) CASL won’t put a dent in spam – CASL has been trying to get off the ground for YEARS in Canada. But something interesting happened in the meantime – the price of technology has dropped through the floor and the portability of technology has exploded. You don’t need your own locally hosted server racks any more – you can put it all in the cloud in any number of municipalities that are not located in Canada. Anecdotally, this legislation is written for flip phones while – in the meantime – people have moved onto smart phones.

Spammers are much more like criminals than like marketers. Marketers WANT to play by the rules while spammers exist to skirt or outright ignore the rules. Whatever rules you write will be ignored by spammers. Technological portability means that they can up and move their operations to a place the does not recognize the legal rights of Canada.

CASL further complicates the problem by (a) assessing insanely punitive costs on violation and (b) eventually allowing for private action, along with those same violation costs. This causes the spammers to flee Canada even faster while leaving legitimate businesses holding all of the liability.

(3) CASL will only act as a tax on firms who market to Canada – The Achilles Heel of this law is that the “deliverability experts” who helped to craft this law fail to recognize any difference between legitimate marketers and spammers. You can hear them now when they say “I don’t understand why marketers are so upset by getting permission – it means they must be spammers!” In their blood lust to appear tough, they slapped ridiculous penalties on CASL violations of $1 million for individuals and $10 million for businesses – a penalty so far out of bounds that you have to wonder whether they overdosed on the clown scene from “Dumbo” before deciding the penalties.

So if the spammers flee and the legal air is filled with ambiguity, there’s only one way to make sure the “tough guy teeth” of this law actually work – lawsuits. The spammers (but not the spam!) will be gone from Canada and all that’s left are marketers. You know, the folks with pocketbooks and lawyers who would rather settle than litigate. Who pays for this? That’s right, the Canadian consumer – by either not getting email at all or paying extra to cover the costs of people who will spin the legal wheel for their shot a millions in cash prizes.

Listen, this is not the first time a government has delivered the legal equivalent of a flaming bag of poo and dropped it on the doorstep of businesses and it certainly won’t be the last. Politicians take bad advice from “trusted resources” all the time without realizing the downstream impact of their actions. These things happen and – hopefully – corrective action gets taken.

I’m all for controlling spam…but my ISPs already do a pretty good job of separating the wheat from the chaff. You want to stop data sharing? Fine – write a law that stops data sharing. Stop list rental? Ditto. Just stop presenting this Trojan-horse law as anti-spam. Because it’s not. CASL will not solve the problem. All it does is creates confusion where none existed and exposes legitimate business to punitive and unnecessary risks. Which makes it bad legislation in need of clarification.

The Mindset of Great Email Marketers