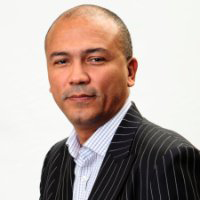 "The point I would like to make is that there is a double standard being applied to the email channel and bizarrely this double standard is often welcomed by the email industry. We never seem happier than when someone else moves the goal posts or makes our lives difficult. We seem to think that overcoming obstacles both real and perceived (e.g. being blocked by blacklists creating email addresses out of common misspellings of email address and then blocking you when a clumsy consumer mistypes on registration, Gmail constantly changing the rules) are evidence of how committed we are to permission and privacy. They do not."

I have been in marketing for a long time – certainly before the advent of digital and the industry is and has always been about how we manipulate our audience in to buying what we sell and not buying what our competitors sell. Whether it done by broadcast or by being more relevant is to be frank irrelevant. What matters is that we understand and are comfortable with what we are doing, which is changing people’s behavior to favor our brand. The minute we cease to understand that or fail to quit the business if we ever do feel uncomfortable, will be a sad day.

My fear is that in many ways we as an industry are doing exactly what everyone else is doing but spend a lot of our time trying to pretend we are not. Worse still, we allow everyone else, such as Facebook, apple Samsung, Fitbit or indeed our own media departments, to do stuff we deny ourselves. To what end?

The point I would like to make is that there is a double standard being applied to the email channel and bizarrely this double standard is often welcomed by the email industry. We never seem happier than when someone else moves the goal posts or makes our lives difficult. We seem to think that overcoming obstacles both real and perceived (e.g. being blocked by blacklists creating email addresses out of common misspellings of email address and then blocking you when a clumsy consumer mistypes on registration, Gmail constantly changing the rules) are evidence of how committed we are to permission and privacy. They do not.

One of the things that I find truly surprising about the email industry in general and the Influencers (a group of people I hold in extremely high esteem) is how unconcerned we appear to be about the moral and ethical considerations that surround (the lack of) privacy and permission of the consumer – our customers.

Some of you might think that the opposite is true, that we email marketers are the most impassioned defenders of the consumer’s right to privacy and permission. To be honest I did too. However, events of the last year or two have led me somewhat reluctantly to the conclusion that we do not. What we actually care about and spend all our time worrying about is getting delivered/not being blocked. We also, to a lesser extent, spend our time worrying about being perceived as a spammer (something that I have written about extensively and call “Fear and Self Loathing in Email Marketing”). But that is not the same thing as caring about privacy at all. In fact, I would even go as far as to say the email industry does not give a rat’s ass about privacy and permission from the perspective of our customers.

“I've noticed that about your people, Doctor. You find it easier to understand the death of one than the death of a million. You speak about the objective hardness of the Vulcan heart, yet how little room there seems to be in yours.” Spock to Dr. Bones McCoy Stardate: 4307.1 “The Immunity Syndrome”. Original Airdate: Jan 19, 1968

Let me give you some examples. First, and what finally prompted me to write this piece, was a really interesting article I shared with the OI group recently. It provides us with a glimpse into a future involving wearable tech & biometric devices by Kester Brewin, a blogger for the UK version of Huffington Post http://huff.to/Y8nua0. If you ignore the fact that his main focus is on Apple, I thought it was pretty scary stuff and it got me thinking about the Privacy implications of this for consumers and particularly with regard to us email marketers.

Fitbit’s Privacy policy (here is a link to the UK version http://bit.ly/W7F8sK) gives them a fair amount of leeway. I realize that following a bit of prompting by Senator Schumer they have restated their promise never to sell your data AND subsequently agreed to tighten up their policy, but that does not protect consumers if they were to get acquired. Nor will it protect them if they choose to share their results via Facebook or other social media. This is what they say:

Now I assumed that it would provoke a heated debate amongst the Influencers but the general attitude from the group could be summed up in a word. “Whatever”. The few people who did comment seemed to take the view that consumers don’t seem to care about their privacy so why should we. Can you imagine the uproar if someone were to say that about their email subscribers?

The second and, in my view, the most surprising was the discussion (or lack of it) following Googles’ introduction of ads (into the promotions tab folder of your inbox) that look like email act like email and work like email. Now I always assumed that the industry was united behind the idea that a consumer’s inbox is special. It used to be just about the only place where the consumer had the right to bar entry to communications from marketers and brands they do not like, or choose to hear from. This right is backed by the law.

That all changed when Google introduced email-style adverts. Turns out you no longer get to choose who you let in. Google gets to override you. And they are opening the door to the highest bidders. Including brand email programs you have unsubscribed from.

Now this is a community that goes crazy if you suggest list rental as a way of growing your database, so you’d think this would cause widespread anger, but to date it hasn’t. Whether intentional or not, Google’s roll out has been an intriguing exercise in smoke and mirrors that has the email industry on the back foot and competitors scratching their heads. Here’s a three step guide to how they did it…

The first step was to introduce a new Gmail inbox that sorts emails into five different tabs – the most important and controversial of which is called ‘Promotions’. This is where all commercial email is sent.

Take advantage of the fact most consumers won’t know the difference or care enough to protest, so they created ads that to all intents and purposes are emails in disguise. But let’s stop calling them ads. They are “sent” to your email address, delivered to the inbox, have a sender field, have a subject line, are coded in HTML, can be saved and can be forwarded. That’s the definition of an email to all but the majority of email privacy experts who insist on calling them ads.

3. Monetize the world's largest and most valuable Spam database

The rise of Facebook and other social media companies has put Google’s core revenue generator, search, under threat. As more and more of their advertising revenue is diverted into social, an area in which they are poor, they had to find a response.

They chose email because Google now knows it’s the world’s most effective marketing channel. As an inbox provider, Google has the unique ability to see everything, from read through to click and most importantly every online transaction (email or not) through confirmation emails. So by side-stepping the spam laws, Google has become the most powerful list broker in the world.

The reaction of by far the majority of the email marketing community – even the most vociferous advocates of double opt-in - was “Gmail owns the channel. It's their hardware, their bandwidth, their software, their domain so they get to do what they want with it”.

This is a community that will rise up in arms at the idea it is ok to append demographic or postal data to an existing customers email address or vice versa. But they will not bat an eyelid at the fact that they can (and many are doing) append and use some or all of the following data from subscribers’ mobile phones and tablets to their email addresses without gaining permission!

I could go on.

It is no secret that I believe that in addition to being an effective direct response channel, email also has very powerful broadcast capabilities. Which makes it a channel that is highly effective at both ends of the funnel. And that is something very few marketers are exploiting. While bottom of the funnel optimization is not too hamstrung by the double standards we are so keen to apply its top of the funnel capabilities are, which is why I am so keen to stop us shooting ourselves in the foot.

"In order to properly understand the big picture, everyone should fear becoming mentally clouded and obsessed with one small section of truth."