When the Sh*t Hits the Fan 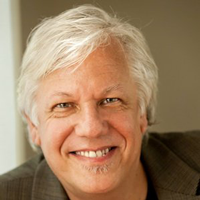 Anyone who has been in the email marketing industry for any length of time has had this experience: that sinking feeling when you realize that something has gone wrong. Very wrong. Email can be one of the more complicated marketing channels strictly from a technical sense and when your program does something unexpected, or catastrophic, how do you recover?

I was faced with this very issue recently: that Oh My God moment, when you watch your worst case scenario unfold before your eyes. Here is what happened.

For those of you unfamiliar with how Only Influencers works, at its core it is a series of discussion lists, delivered to the membership via a listserv style technology. When someone wants to ask a question to the group, they send an email to our general list, our “delivery issue” list, or to our event list for impromptu meet ups and promotion at trade shows.

Once the email is sent, it is automatically delivered to any member of OI that is subscribed to that list. The email appears in the members inbox, and if they want to reply, their reply also is sent to the list. So each day, the members might receive 10-15 emails (discussions and replies) about the topic at the moment.

Before any emails go out, the are first automatically screened. If the post is coming from an unknown email address, one that isn’t in the OI database, then it is automatically blocked. But we also have a “content filter” in order to stop any auto-responders from posting to the list. Each email is screened for terms like Out of Office, profanity, and other terms and blocked before going out to the membership.

So far so good. But I also have one other list. It is a list that I alone am allowed to post to and it contains  Administrative announcements to the list. People looking for jobs, people posting jobs, industry news, Only Influencers updates, things like that.

And for seven years, this has never been a problem….until 3 weeks ago:

Only July 11th I was scheduled for knee replacement surgery and was going to be out of the office for at least a few days. I made sure my membership knew, and I had one member volunteer to be moderator while I was gone. The night before surgery, as I was shutting down for the evening, I decided to do something I had never done before. I decided to set up an out of office auto-responder in my my Apple Mail. Thinking I had set it up properly, I shut down for the night expecting to relax and get a good nights sleep.

Rule Number One: NEVER DO SOMETHING YOU’VE NEVER DONE BEFORE JUST BEFORE LEAVING THE OFFICE!

I made a mistake. When I set up my auto-responder, I hit “yes” when it asked if I wanted this to apply to every message, thinking this meant, any NEW messages. Apple Mail had other ideas.

I’m sitting with my feet up, drinking my favorite beverage, watching TV and trying to relax before my knee surgery. Suddenly I get a text message from one of my members: did I know that dozens of messages were going out to my members from my Announcement list. To my horror, I realized that Apple Mail was going through every message in my inbox and responding that I was going to be out of the office for knee surgery.

Every message for two years.

I sprang into action, trying to kill the auto-responder, but the damage was already done. And because I had never attached “content filtering” to my Announcement List (after all, I was always in), it was sending every announcement for the last 2 years in a steady stream to all my members. By the time I was able to kill it, hundreds of messages went out to my members, many of which get their emails on their phone. My dreams of a good night sleep were over. I was up all night trying to react and deal with the fall out. And as I entered the hospital that morning, I didn’t know if I’d still have a company when I got out of surgery.

Rule Number Two: GET AHEAD OF THE SITUATION AND INFORM YOUR CLIENTS IMMEDIATELY!

The first thing I did was to post to all my social media sites what was going on and what I was doing to fix it and of course apologizing. Fortunately, many of my members follow me on Facebook, so they were able to keep me informed of what they were seeing and attempting to walk me back from the ledge. Being email marketers who have been there, they completely understood that some glitch had happened and were more amused than upset.

But even so, I did have one member who was understandably upset. I called the member multiple times that night to apologize, offering to refund their money and to keep them abreast of the situation. Clearly the sound of my voice transmitted panic. The very next day, as I was laying in my hospital bed, the member texted me apologizing TO ME! For adding stress to my already stressful situation. God bless that member.

Other members posted jokes about it to the list the next day while I was under the knife which also helped defuse the situation further.

Sitting in my hospital bed where I was stuck for a week due to complications, I penned a very heart felt apology to my members. I was open and transparent and I let them know I didn’t know if I still have a community when I went under anesthesia. I deleted the Announcements list permanently moving everything to the lists I knew would never cause a problem like the one I had created. I told them how important they were to me and how deeply, deeply sorry I was.

The response was overwhelming: Members telling me how important the community was to them. Telling me that it would take more than one mistake to ever consider leaving. Letting me know, they themselves had done worse and sharing some of their own horror stories.

In the end, the community grew tighter, and let me know the importance of it to their daily lives and careers.

I was fortunate. My mistake happened on a private list with members who could immediately identify with what had gone wrong. They had been there themselves. But more importantly, the brand I had created was meaningful and important. Most people will give the brands they like sympathy when the Sh*t hits the fan.

What have you done today to let your customers know just how important they are? What are you doing everyday to ensure your brand becomes a part of your customers lives? The care you take today will earn you a mistake or two when everything else breaks bad.

More posts from author
Wednesday, 04 September 2019 My Life as an Email Entrepreneur: My Final Article.
Wednesday, 24 July 2019 Unboxing eDataSource’s Inbox Tracker
Wednesday, 15 May 2019 At the Crossroads of Email and UX: Five Optimization Factors Beyond Design
Sunday, 24 March 2019 Unboxing: Campaign-Genius
Thursday, 07 February 2019 Talavera: What Makes for an Email Marketing Unicorn or Dream Team – and Do They Exist?