Who was the First ESP? 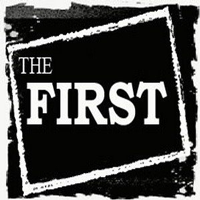 Had a question posed to me by a colleague today asking who out there was the first ESP in the space. I seem to remember the topic coming up a little while ago on the list...but just wondering if anyone had a history of ESPs coming to market...Thanks,

Had a question posed to me by a colleague today asking who out there was the first ESP in the space. I seem to remember the topic coming up a little while ago on the list...but just wondering if anyone had a history of ESPs coming to market...Thanks,

There's a nice infographic on the history of ESPs in our first issue of The Marketer Quarterly.

The first mailing list software app was, I believe, Listserv in the mid 80s; and I think Majordomo in the early 90s.  I don’t remember seeing commercial ESPs (as we know them today) until the mid to late 90s.

Port25 started developing/offering a commercial MTA around 1997.  I think Digital Impact surfaced around that same time, and if memory serves FloNet, too.  Responsys and AWeber came on the scene around 1998, with Listrak and Silverpop following a year later.  There were some obscure vendors like Exactis and I’m sure a few others that have faded from memory….

The first "video email" company was RadicalMail in the late 90s.  It was ahead of its time as adequate bandwidth wasn't easily available or affordable to the average household, and by the time broadband was reaching critical mass it was too late.

Radicalmail's story was an interesting one. Jay Stevens was the face of Radicalmail and they participated in some of my early Rich Media conferences back in 2000. It was acquired by a company called MindArrow that went on to hire two luminaries: David Baker and Jeanniey Mullen. Then Mindarrow itself got caught up in a stock scandal which sent at least 2 people to prison. Interesting times.

Yes I remember those 4 plus YesMail (started in1998 - I joined in '99), MyPoints and Rosalyn Resnick's esp (name escapes me - Net Creations?)

I started sending commercially late 96 though Innovyx didn't officially exist til 98.By that time DI, FloNetwork, Messagemedia, responsys and yesmail were around I believe.

Don't forget about Bigfoot Interactive. I joined in early 2000 and we had been around for at least 2 years prior I think.

Didn’t YesMail start as a competitor to Postmaster Direct before evolving into an ESP?

I feel old remembering all these names.  Cheetahmail was around before 2000 too- maybe 1998?

Don't forget about Bigfoot Interactive. Now *that* is a blast from the past!

It case it wasn't clear... Jay, David and Jeanniey were in no way connected with the issues related to Mindarrow. They were all unfortunate to be coming on board what looked like an exciting company at the time but that was dealing with issues that they were unaware of. It was a horrible time for all involved as I remember and I regret bringing up any difficult past memories.

Lyris was apparently founded in 1994 …

Wasn't lyris software that layered over listserv and/or majordomo back then? I don't remember it being a hosted solution until later on, maybe even after the JL Halsey acquisition....

John not that they were an ESP but you cant go beyond the mighty MailKing back in mid 90s as the email tool!  :)that is how we got started with a laptop and some smoke and mirrors!

NetCreations claims to have pioneered opt-in email marketing in 1996. NetCreations launched PostMaster Direct?  There was Post Communications that was around circa 1996 that got acquired by Netcentives,

Another candidate for this would be Exactis, which John Funk spun out of Infobeat around 1995-1996.

email publishing founded around the same time, eventually metamorphed into MessageMedia…not sure first but around thenahhhh the days of $20+ sending CPMs and Rich Text messages for AOL users...

Simon,MailKing was a software package developed by a Huntsville, Alabama company called RevNet.  They produced MailKing, available via CD-ROM, and an enterprise package called UnityMail.  RevNet was acquired by Messagemedia -> DoubleClick (then ultimately -> Epsilon). I know some of the code made it over during the DoubleClick days but not sure what happened from there.Memory lane!

Thanks everyone for all this awesome information!

It was before Halsey, John, although I don't remember how many years. I worked for the publication division of SparkLIST (remember them?) beginning in 2001. Lyris had an investment relationship with SparkLIST (we used their software) but the company also hosted their own customers. Lyris eventually swallowed SparkLIST and I was set free.Janet

Seriously!I don't know what is more awsome that it came from NASA or that it made it into Doubleclick.

Yes John they did.

Topica was founded in 1998, but not sure it was exactly an ESP.

I recall this conversation from last year, around consolidation in the ESP space, which resulted in this:https://docs.google.com/spreadsheet/ccc?key=0Aivr7QRDuoApdGdXb1Bnb1BnWDRUMnoxaW5tZWZxcXc&usp=sharing#gid=0BTW, for my part in the ESP lineage, Email Publishing, Inc. was founded in 1996 and became MessageMedia in 1998 by merging with First Virtual and Distributed Bits.Thanks!

Anyone heard of Bonjourno?A former colleague used to bang on about working for them and how they were one of the first ESPs.I think they went SMS and now do apps.

At the beginning Buongiorno was just a newsletter, then they started providing ESP service for free, but they had the right to use clients lists to send advertising. They dropped this business later (about 2005).
In the US I also remember Topica.com, they started in 1998.

I noticed Listrak was missing from your spreadsheet. They were founded in 1999

A bit late to the party. The email business of Netcentives ( what was Post Communications) was sold to Yesmail. That, along with Clickaction and one other (can’t remember) were bought by infoUSA and became the Yesmail ESP that we all know and love. What started as Post Direct in 1996 became the Yesmail Enterprise Platform. It got re-written circa 2008. That Post Communications code lived a loooong time.

YesMail acquired Markado in 2003, @Once in 2005 and Digital Connexxions in 2006.Isn’t the @Once platform the primary YesMail platform today?Is Ed Henrich still on this list? He was an executive at Netcentives (I think) and YesMail back in the day …

@once was another ESP purchased by Yesmail. I think about a year or 2 after the Post Direct/Netcentives purchase.

While they sent email, in the mid 90s I remember Post Direct as a competitor to Postmaster Direct (March 1997) and not as a “traditional” ESP.  I don’t think that it was until 2000/2001 that the transition to an ESP happened.

Adding to the history here….Let's not forget the original DARTmail product!  In 1999 DoubleClick was selling their original DARTmail product. I was a part of this group, along with Court Cunningham (who ran it) and Bennie Smith (in charge of privacy).   They had also created DARTmail for Advertisers and DARTmail for Publishers (mirroring their DART for Advertiser and Publisher products).    The concept of serving ads in newsletters didn't catch on back then.  Also, they had so much competition in the ESP space that it was tough to compete (CheetahMail was a big thorn in our side back then).  So.....DoubleClick went into acquisition mode.  They first purchased FloNetworks out of Toronto and then Message Media out of Boulder.  Both companies had a huge number of established clients.  When they purchased Flo, the decision had to be made on whether DoubleClick stayed in market with the original DARTmail platform or the Flo platform.  Of course the DoubleClick people were biased that their platform was best, but in the end, the Flo platform stayed (much easier to switch a handful of clients to Flo vs the other way around).  Finally DARTmail had a stronger foothold in the ESP marketplace, with the original Flo product.  The part I like best is how products come full circle.  Selling ads in newsletters didn't catch on back then.  Fast forward to today and LiveIntent has taken over that marketplace and is doing a fabulous job with it!!Fun to step back in time!  Thanks to George for starting this string.

If we're looking at groups that sent emails to their own lists on behalf of advertisers, CyberPromotions was very, very early on the scene. I remember getting my first emails from savetrees.com back when I was in grad school. That was 94 or 95.

YesMail acquired ClickAction in 2001 or 2002. I believe Irina's account is correct but needs more years of what happened exactly when.  InfoUSA bought YesMail from its then parent company CMGI which had acquired it in 2000.

I was with Xpedite when they started offering email marketing delivert in 99.MessageMedia where the cool kids in 99.27/4 was also big in the email business then.