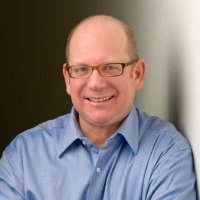 Today we launch a new feature at Only Influencers: Meet the Influencers, an interview with one of the membership. I can think of no one better suited to kick off this feature than my first interviewee: Loren McDonald. I've known Loren for nearly 10 years and always enjoy catching up with him at conferences and trade shows. This year Loren was honored by the EEC by receiving the first annual Stephen Pollard award for excellence in digital marketing.

OI: Loren, can you give us your background: what is your current role, where else have you worked and how did you get started in the digital marketing industry?

I started my career in 1984 at a small public relations firm in San Francisco, then became Worldwide Marketing Director for Arthur Andersen's real estate industry practice, then did some strategy consulting on my own for a few years. I then joined USWeb/CKS as Associate Partner in Strategy at the height of the dot com era in 1998.

Now clearly an Internet expert, I tried to get funding for a startup post NASDAQ crash (ya, I know). When the capital didn't materialize, I joined a commercial real estate marketplace called NetStruxr as CMO. After NetStruxr came to thud post 9/11, I launched an email marketing and search agency called Intevation. In 2003 I joined EmailLabs as VP of Marketing until we were acquired by a J.L. Halsey in 2005. I became CMO of Halsey, which was renamed Lyris and later transitioned into the VP of Corporate Communications until I left to join Silverpop in January of 2008.

My first experience in digital marketing was in 1994 when I hired an agency to build a Web site for Arthur Andersen. I was quickly hooked on the power of the Internet. I really dove in while I was at USWeb/CKS where I did a lot of Internet strategy work and ultimately the Audience Development practice, including the email marketing and searchpractices, reported to me. While I wasn't in the trenches, this is where I first saw the future potential of permission-based email marketing.

I really got my feet wet in Web site design and email marketing inlate 2001 at NetStruxr. Email was key for us and I fell in love with the immediacy and measurability of email marketing, especially after an amazing meeting I had with one of our VCs. He was literally blown away with the kind of data I had, and it was then I knew where my career was headed. I subsequently started my own email and search consultancy where I worked with a variety of clients, from retailers to banks implementing email programs, especially list rental campaigns (no CDs were ever purchased).

OI:  I know you recently were awarded the first annual Stephen Pollard award for excellence in marketing. Could you talk a little about the award and what it means to you?

LM: Winning the first ever eec Stefan Pollard Marketer of the Year Award was a tremendous honor, and also quite humbling. If I recall correctly, Ali Swerdlow from the eec reached out to a number of people in the summer of 2010 saying that the eec and DMA wanted to establish an award for "email marketer of the year." Dylan Boyd suggested that we also use the award
as a vehicle to honor and remember Stefan Pollard - who had touched so many people's lives.

I had hired Stefan years earlier at EmailLabs and had the opportunity to mentor Stefan a bit. He was pretty shy, had never written articles or spoken publicly yet. I gave him some pointers, the opportunity and he ran with it and became, in my opinion, one of most important voices in the email marketing industry. He just always had a way of finding solutions that would be acceptable to both marketers and consumers. What Stefan will probably never know is how much I truly learned from him. I'm proud of mentoring and giving him an opportunity to shine, but he truly made me a better at what I do.

So, winning the award, in Stefan's honor, meant even so much more to me. In 2005 I won the Best Marketing Executive award from the American Business Awards (The Stevie's), but the eec award is so much more special because it was voted on by my peers. Having that respect from other thought leaders and successful email marketers is truly one of the highlights of my 27-year career. And I am especially honored to win the award over some really stiff  competition, such as yourself Bill and Aaron Smith.

But as I wrote in a recent Email Insider column, "With Recognition Comes Responsibility,"
to me this award is also about giving back. Email marketing is a powerful channel, but is also facing threats from social and mobile and our own tendencies to simply bombard recipients with more email. I hope to use the recognition of this award to call on people within the industry to be better guardians of this medium that his given us so much.

OI: Loren, thanks for your time and everything you've given to the industry.

Email Marketing from Scratch in 6 Steps

From Digital Strategist to Digital Marketer: What I learned and What Marketers Need from Consultants

Insights, Wisdom and Lessons Learned from the 2015 Email Evolution Conference

Tips for an Email Marketer’s First Week on the Job

The First 90 Days as an Email Marketer